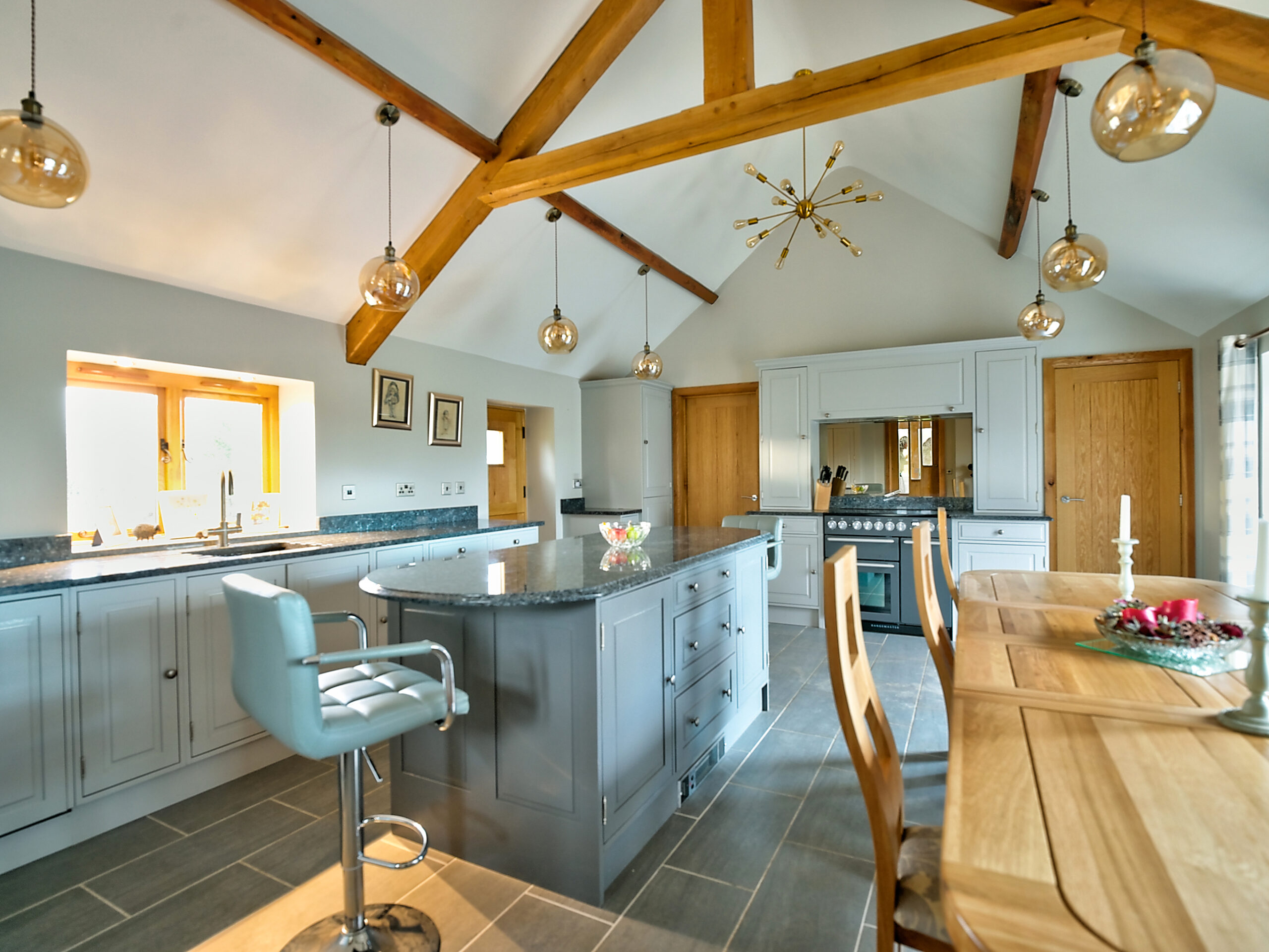 We purchased a large double larder from Amber about 2 years ago, which was kept in storage until we finished our kitchen renovation about 18 months ago. We had been absolutely delighted with the larder and the service we got from Amber with the purchase was second to none. We had bought lots of items over the years and had always been pleased , hence our last larder purchase.
Unfortunately, one of the chrome hinges snapped/broke, about 4 months ago, which was not a problem, as we understand things like this can happen. I initially searched on line for a replacement but couldn’t find one. I phoned the shop for help and after visiting the shop I was given a replacement gun metal hinge to use temporarily as Katrina explained that they didn’t have any chrome hinges in stock. Katrina pointed out to me that I wouldn’t be able to get a replacement hinge in the UK from anywhere else as they are the only shop that as has this type of hinge supplied to them. so I was totally reliant on them finding a chrome replacement, else I would have to replace all 8 hinges. Katrina told me that she would call me when she had the replacement hinge. We never received a call as promised but we were not concerned as we knew we could pop in and pick one up if we were near the shop.
Yesterday another hinge snapped/broke. We phoned the shop and my wife initially spoke with Katrina, politely explaining the situation but handed the phone to me as she found Katrina’s tone snappy and arrogant. I also received a very rude encounter with Katrina, which I did not let get the better of me. Katrina, said she would check to see if she got one and would call me, which is what she did to inform me that she had found just one chrome hinge.
The crux of my dissatisfaction is that near the end of the call, Katrina asked me how how many hinges would I need and mentioned that I most probably would need a few, especially as 2 had now broken. she abruptly asked why would I need more than 1 hinge, if there are no more broken. I said that due 2 hinges already braking in the last 2 years they may be inferior. Well, the response I received was absolutely disgusting. Katrina, said , I suggest that you go and buy new hinges from somewhere else and that she would keep that her hinge to herself the call ended.
Our house is full of purchases from over the last 30 years from the shop and we have always had a great buying experience. This after service has flattened me and totally turned my views. So rude and totally unprofessional.

We have a beautiful reclaimed pine kitchen with granite tops purchased from a wonderful business! What delightful, honest and truly professional people to work with. Katrina was amazing with her suggestions and design. Sam did a brilliant job with the fitting and Amber was there for any extra needs. All done and fitted to suit us. I can sincerely recommend them.

Just wanted to say what fantastic service I had when having a kitchen design by Katrina, nothing was to much trouble and spent a lot of time with me, I will definitely be telling everyone about this wonderful family run business.

Absolutely fantastic service and quality, very helpful and knowledgable. I would highly recommend to everyone thinking of getting a new kitchen.

Katrina and Amber are amazing, the energy and attention to detail they put in to make sure you get the perfect kitchen is unrivalled. Sam, the fitter, works like a whirlwind and I couldn’t have been happier with our final kitchen

We've recently fully renovated our kitchen. The service from Katrina and Amber was first class from the very first meeting. They had great ideas in terms of design, colors, unit configuration etc. and incorporated all of our thoughts as a priority. The quality of the kitchen is fantastic! Fitting was remarkably quick and the workmanship was excellent! Incredibly flexible to any last minute changes and any questions we had were always positively welcomed. Would highly recommend for anyone looking to freshen up their homes.

I am absolutely delighted with my new kitchen. Katrina provides a fully bespoke service at a very competitive price so that I was able to afford exactly what I wanted without the constraint of standard unit sizes. The extra bonus is being able to order matching pieces , in my case a kitchen dresser. There were a couple of glitches after installation, but these were dealt with quickly and efficiently. I would recomment Katrina's Kitchens unreservedly.

Excellent service from Katrina again , we had one of our kitchen units repaired recently , fabulous job and really reasonable too. Can highly recommend.

Katrina, Amber and Sam are trustworthy, honourable and totally professional. We now have a beautiful, all wood bespoke kitchen which perfectly suits our cottage and looks stunning. We are thrilled with it. Katrina and Amber took great care to ensure that they produced exactly what we wanted with regards to planning, design and details, offering guidance and ideas where needed. Nothing was too much trouble. Sam worked quickly and to a high standard to fit everything perfectly, despite our 'quirky' walls and floor. I would thoroughly recommend them to anyone who wants a high quality kitchen made out of real wood, at both a realistic and affordable price.